The Start of the Beginning - Part 1 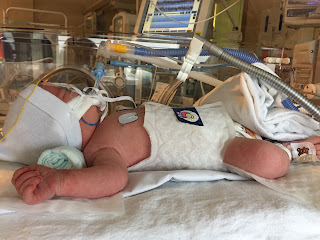 TRIGGER WARNING: this blog details arrest, resuscitation and medical procedures which readers may find triggering and distressing. On June 12, 2019 we welcomed our second son Timothy into the world, by planned caesarean at 39 weeks. The start was promising, he was alert and curious and vocal, weighing in at a solid 8lb 3oz. My pregnancy had been uncomplicated, despite flying to Australia and New Zealand around 25 weeks for a fortnight, suffering unbearable and persistent Braxton Hicks from 21 weeks, awful itching of the soles of my feet and palms of my hands, and two occurrences of "elephant foot" which earned me lots of poking and prodding, hours on the hard seats of A&E and MAU, two scans for thromboses, and shots of Clexane. Mental health is another post all of its own. After experiencing a very non-vocal baby when our first son Christopher was born by emergency caesarean, it was quite the shock to hear this little guy expressing himself. Whilst adjusting to the
Post a Comment
Read more 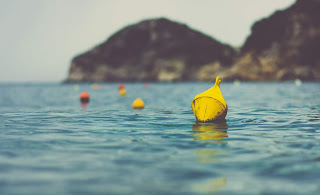 4 September 2018 Today is one of those days where the blog title is both a figurative and literal description of events. I am well aware that my openness about this topic will likely raise eyebrows and possibly unleash a load of derision and judgement, however it is also the state of my own mind. A topic which I question even being able to pull apart in my head; whether I am right to give it any attention at all. So here we are, pulling gently into the intersection of ideas and feelings, proceeding with caution. May it be said at the outset that I am not writing this in the pursuit of sympathy. It is my intention to break down the barriers which prevent people from feeling free to speak about these so-called taboo subjects and leave them suffering with the burden of the “unsaid”. I have talked in depth about miscarriage in past posts, documenting our painful experience in the aftermath of the initial scan in 2015. Three years since the loss of that pregnancy came and we
Post a Comment
Location: London, UK
Read more 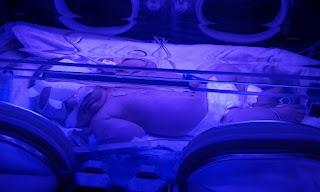 Monday, 20 March 2017 There's a lot to be said for the cloud which still lingers over mental health, not just here in the UK or back at home in Australia. Sometimes I don't even see it as lingering, but more smothering to the point that a lot of people shun the idea, run away from it, or even bury and hide it. And that's just the people who are suffering... Media campaigns fight to unshackle the stigma, and get people talking. Posters adorn GP clinic walls. Badges are on bags and lapels. Pamphlets are stuffed into holders. And yet, here we are. Even with all the info, and a pamphlet in the back of my baby's Red Book, I still remained oblivious to the fact that what I could be driving a hard bargain with every day is another branch of the Black Dog. (Trip Advisor: 2* - mattress is pretty good, but disappointing interiors and a questionable breakfast buffet. Left me mind weary.) I'm still a bit unconvinced that Postnatal Depression (PND) is definitively my i
Post a Comment
Location: London, UK
Read more 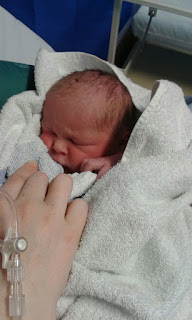 Sunday, 12 March 2017 It's been quite the time between writings. Much has happened. Many maps have been traversed, pages turned, dog eared, smeared, pencil markings in the margins, chapters closed, and new ones begun. Even now, approaching two years on from the miscarriage, there are still days where it hurts. It's fresh again, and weeping around the edges. It traverses each cycle of the moon behind my eyelids, in that darkened space, healing but never forgetting. In September 2015 we were blessed with a second positive pregnancy test. We didn't dare to hope too hard. After being lulled into a false sense of security by all the symptoms the first time, it was impossible to relax. Every twinge, every tug, every wave of nausea on my morning bus trip, every painful ligament stretch could mean everything or nothing. I obsessively checked for blood, and yet was still afraid to breathe when nothing appeared. We had gone in for a reassurance scan at 7+6 weeks to make sur
Post a Comment
Location: London, UK
Read more

Halfway up the hill, and ten steps backward

Tuesday, 18 August 2015 Every day, at some given point, sometimes multiple times, I react to no longer being pregnant. I know precisely, without calculating, that my miscarriage began 11 weeks ago this Thursday. I know, exactly, that I would be 22 weeks by now, able to discover our baby's gender if we had elected the option. I know my womb is empty every time I can order a glass of wine. I know my womb is a barren wasteland every time I don't have to consider the food in front of me. I know that I hate this. With a passion. A passion unbecoming the person I used to be before. Before. What I wouldn't give for before. I rarely talk about my experience, or my grief, any more, not even with my husband.  I know he hurts. I know that he finds some days more testing than others. I know he doesn't want to hurt me by showing his pain. I know he misses our little dot, and can't help but think about what would have been. But I don't want to bring down his e
Post a Comment
Location: London, UK
Read more

The Crossroad and the Aftermath

Thursday, 18 June 2015 Disclaimer: This blog post may contain description which could be graphic or distressing to readers. In the last two weeks I feel it's safe to say that my husband and I have encountered a number of crossroads whilst trying to overcome the miscarriage obstacle... Which direction do you choose to take in conversation? Which way do you respond at the rescan? Which choice do you make if they ask whether you want to see the ultrasound screen? Which choice do you make when given the "management" options? Which face do you pin on? At home? In hospital? In public? To friends? To family? Even harder, which face, if any face, do you pin on for each other? At the first sign of bleeding, at 2:50am on Thursday the 4th, I called my midwife service and was recommended to attend the A&E at my local hospital. Unfortunately, all they could do was have me checked over externally by an ED doctor and be referred to the Early Pregnancy Unit, as no i
1 comment
Location: London, UK
Read more

The Obstacle (or the Sinkhole of Miscarriage)

Monday, 8 June 2015 I've turned to writing as an emotional outlet many times throughout my life, and it seems apt that I return to it at this life-changing obstacle into which we've hurtled this week. On April 13, I was overwhelmed with surprise and overjoyed to find that the pregnancy test showed a positive result. Immediately incapable of stringing together a sentence, or breathing regularly, I managed to use a form of eyebrow raising and charades to tell my husband that I was pregnant ... in the thirty seconds we had at 5:49am before he left for the station to catch his train. Appropriately timed to a Blur song, like some of the best moments of our relationship, we shared the briefest exchange of joy. And now, in the aftermath of Thursday, I reflect on the irony of that brief exchange. Just like the brief exchange that was our impending excitement at being parents, right up until the moment that the bleeding started without notice, without pain ... Right up until t
3 comments
Location: London, UK
Read more

The winding road of an Australian's life in England, through marriage and music, and all the turns in between. Exploring and detailing our new family journey through cardiac arrest survival and the undiagnosed neurological condition of our youngest son.